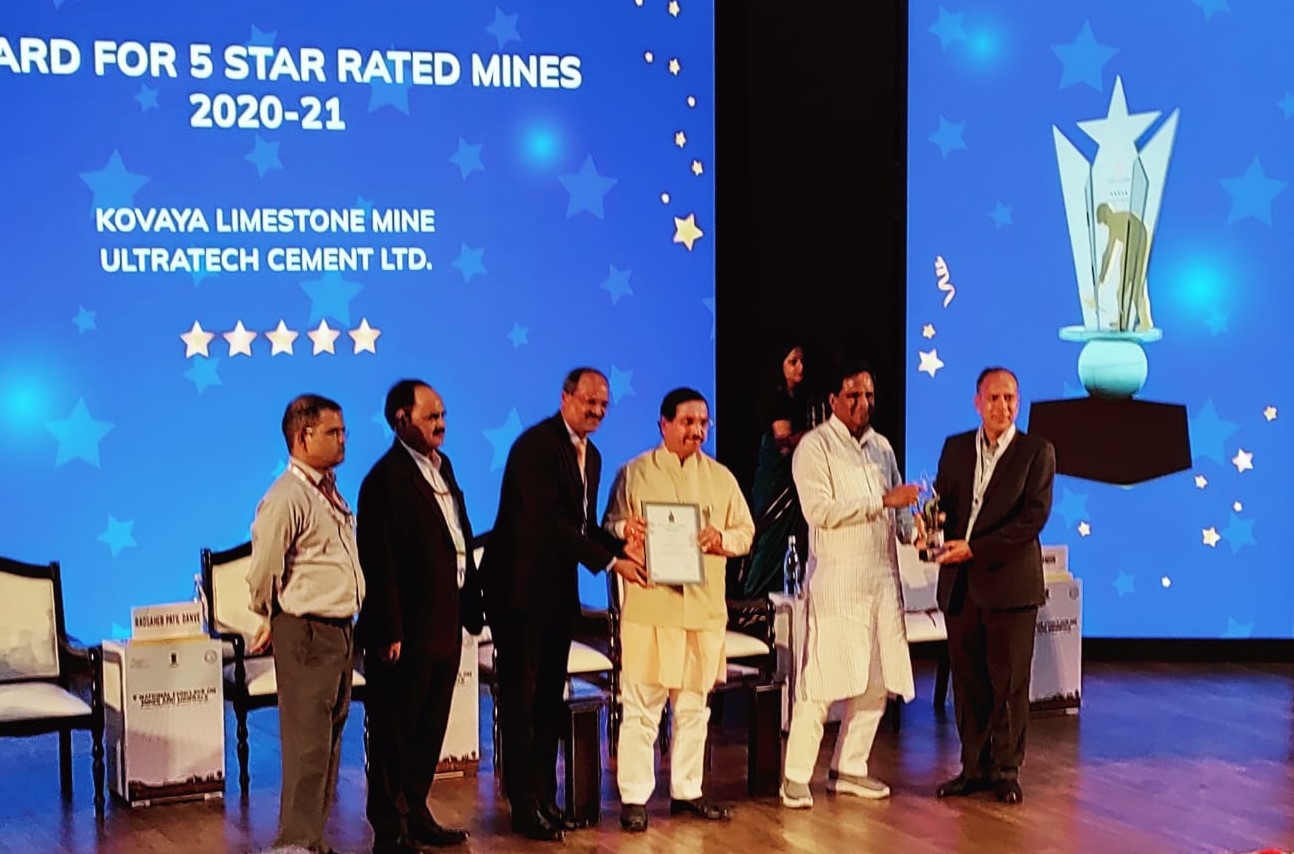 A five-star rating is given to mines which performed best on parameters such as scientific, efficient and sustainable mining, compliance of approved production, land, resettlement and other social impacts.

UltraTech was awarded at the felicitation ceremony held at the 6th National Conclave on Mines & Minerals (NCMM) on 12th July 2022 at New Delhi. The five-star certificates and trophies were given by Shri. Pralhad Joshi, Hon'ble Union Minister of Parliamentary Affairs, Coal and Mines, and Shri. Raosaheb Patil Danve, Hon’ble Minister of State Railways, Coal and Mines. The respective representatives from the award winning units were felicitated in presence of the Shri. Joshi, Shri. Danve and other government dignitaries.

Conceptualised by the Ministry of Mines, the star ratings are based on adoption of best practices for implementation of Sustainable Development Framework in mining. A five-star rating, highest in the rating scheme, is given to mines which performed best on parameters such as scientific, efficient and sustainable mining, compliance of approved production, land, resettlement and other social impacts.

List of UltraTech's mines recognised at the ceremony are as under:

The National Mining Conclave was introduced by the Ministry of Mines in 2016 to provide a platform for interaction amongst various stakeholders such as Central and State government officials, industry executives and Industry associations. The Conclave showcases the key policy initiatives undertaken by the Centre and helps the Government in garnering valuable feedback for furthering the efforts to enable steady growth of the mineral sector.