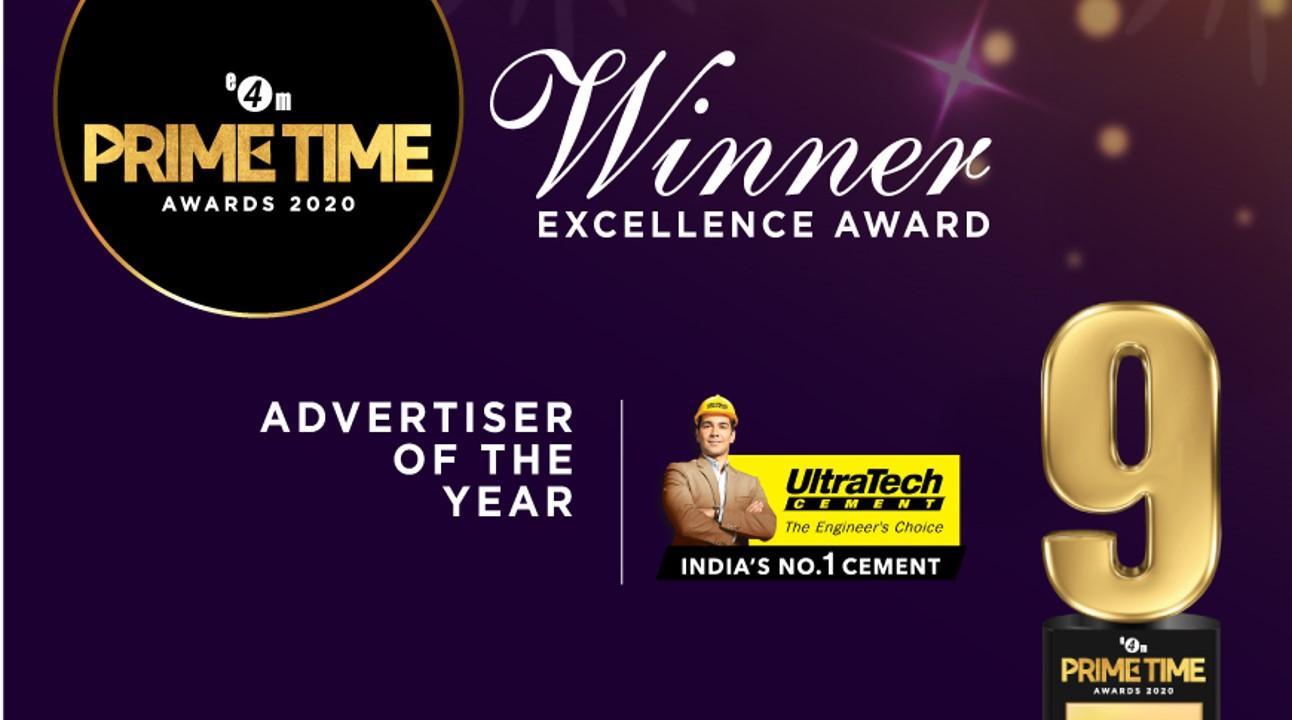 April 2021: UltraTech Cement has been awarded as the ‘Advertiser of the Year’ at Exchange4Media’s Prime Time Awards 2020. The Company also won three Gold trophies and a Silver for its #BaatGharKi campaign.

The ‘Advertiser of the Year’ award is one of the highest accolades given to brands that set themselves apart through creative campaigns that have been innovatively imagined and brilliantly executed. UltraTech’s #BaatGharKi Campaign won gold under three categories –Best Integration of Digital content with TV, Best Use of Regional Entertainment Channel and Best Branded Content on TV. The Campaign was also awarded a silver trophy in the Best Integrated TV Campaign category.

UltraTech’s #BaatGharKi Campaign has won several acknowledgements in the past, and this latest win further demonstrates its ground-breaking work.

The awards were announced on April 27, 2021 at an event held virtually. The prestigious Prime Time Awards recognize the excellence in Television Advertising which have created a significant impact. The awards applaud the expertise involved in curating an impactful campaign. This year the Prime Time awards received over 250+ entries across multiple categories. These entries were judged by a panel of experts from over 40 companies on various parameters of effectiveness and efficiency.

UltraTech as a brand understands Individual Home Builders’ (IHB) true motivation behind building a home. A home builder sees a home not just a structure but as an important life milestone. Most IHBs often feel the need for an expert to empower them in the process of building their first home. To address this need, UltraTech conceptualized the #BaatGharKi campaign. This award-winning campaign engaged with IHBs through a series of impressive television and digital content, including social media explaining the process of home building.

#BaatGharKi campaign has won various awards in the past such as ‘Gold' at the Foxglove Awards 2019, Silver at SAMMIE Awards 2019, 'Silver' at EMVIEs Awards 2019, four awards at the Indian Content Marketing Awards (ICMA) 2020 and ‘Silver’ at the Maddies 2020 – Mobile Awards.